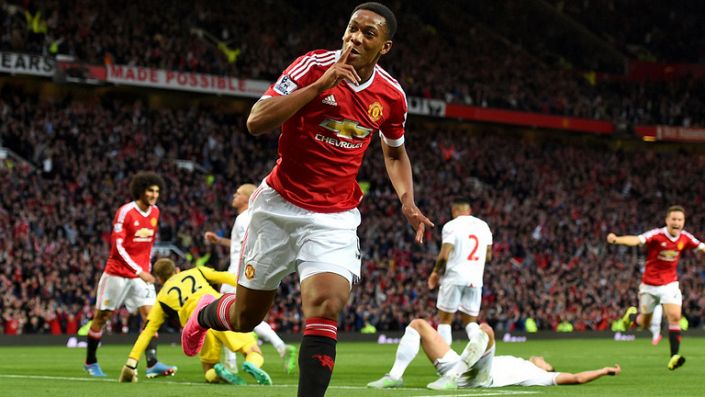 United have recently won 4-1 and 4-0 in the League Cup and in Europe respectively. They are due to convert that promise into league form.

Although much of the criticism coming the way of Jose Mourinho is probably deserved, the fact is that Manchester United aren’t far away from being a very good side. They should win today, perhaps with something to spare.

United -1 goal in the handicap market appeals at best odds of 3/1 with Betfair.

On several occasions recently they have only been denied by opposing goalkeepers having their game of the season against them, particularly at Old Trafford. But that can’t last for ever.

The Red Devils rank 4th for total shots taken and joint 4th for shots conceded. Carry on like that and they should get back in the hunt for the Champions League spots. All they really need is confidence and a 4-1 midweek victory over West Ham in the League Cup should provide that.

Everton are on poor form themselves but the difference is that they are regressing to a position closer to their true level. The Toffees rank 10th in total shots taken and 8th defensively so their time in the top six looked like a false dawn.

United won this fixture 3-0 under Louis Van Gaal last year and it could go a similar way if Mourinho’s team score early here.