Times We Should Have Backed Leicester For The Title 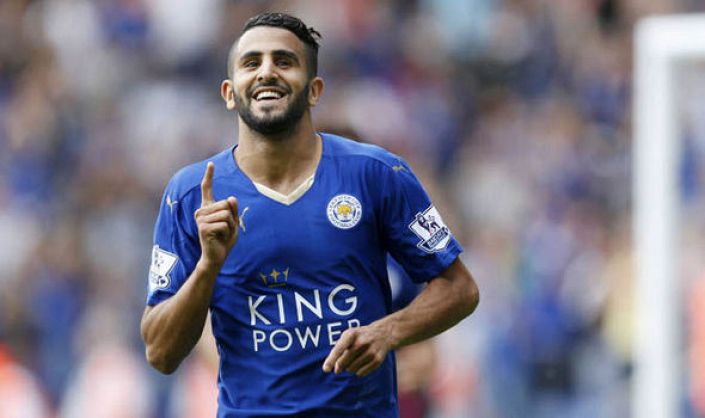 They were 5000/1 shots not just pre-season but then again in September. We look at the key moments in the campaign as the Foxes' price took an age to catch up with reality.

Leicester City have finally and remarkably become favourites for the Premier League title. They are currently a best price 15/8 (Bet365) and still attracting plenty of interest from punters who are convinced at last.

But what were the points of the season when we all should have jumped on the most unlikely of bandwagons?

8th August 2015: 5000/1 - The opening day of the season and Leicester make an early statement of intent by beating Sunderland 4-2 at the King Power Stadium.

General reaction: Dick Advocaat’s going to regret staying on at the Stadium of Light.

What we should have thought: Riyad Mahrez looks a hell of a player. That’s 6 home wins in 7 for the Foxes. Maybe the end of last season wasn’t a fluke.

What we should have thought: Well it’s only one defeat and nobody looks like they won’t have bad days this season.

General reaction: Leicester are good to watch, and it’s great to see them up there. But they let in too many goals though so it’ll never last.

What we should have thought: Leicester are only 3 points off the top, have incredible spirit and this guy Vardy is scoring every week! If he can keep this up…

21st November 2015: 500/1 - Newcastle 0 Leicester 3 puts the Foxes top of the table and the huge triple figure prices are about to go forever.

What we should have thought: Nobody else is really looking that great. A team who scores this many must have a chance.

General reaction: How have Leicester got the two most prolific goalscorers in the Premier League?! Of course if either of them gets injured it will all go wrong.

What we should have thought: If you put the run at the end of last season together with this run then Leicester have been a top side almost all year. Hmm.

2nd January 2016: 33/1 - Leicester 0 Bournemouth 0. Mahrez sees a penalty saved as the Foxes make it three matches without a win.

General reaction: The goals have all dried up and the pressure’s finally getting to them.

What we should have thought: They’ve had a tough run of games and they’re still only two points off the top. The defence seems to be getting better actually.

13th January 2016: 25/1 - Spurs 0 Leicester 1. The Foxes pull off a huge victory away to title rivals to go joint top, only behind Arsenal on goal difference.

General reaction: Why do Spurs always mess it up when they get in a position to really do something? Leicester actually look a decent bet for Champions League football now!

What we should have thought: If the Foxes can win at White Hart Lane and the defence is now keeping frequent clean sheets then what’s to stop them?

6th February 2016: 5/1 rapidly turns into 15/8 - Man City 1 Leicester 3. Ranieri’s boys pull of their greatest achievement yet at they destroy the long-time favourites at the Etihad and go five points clear at the top.

What everyone suddenly seems to think: This is unbelievable. We’ve run out of reasons why Leicester can’t win the league! Let’s pile in on whatever value is left!