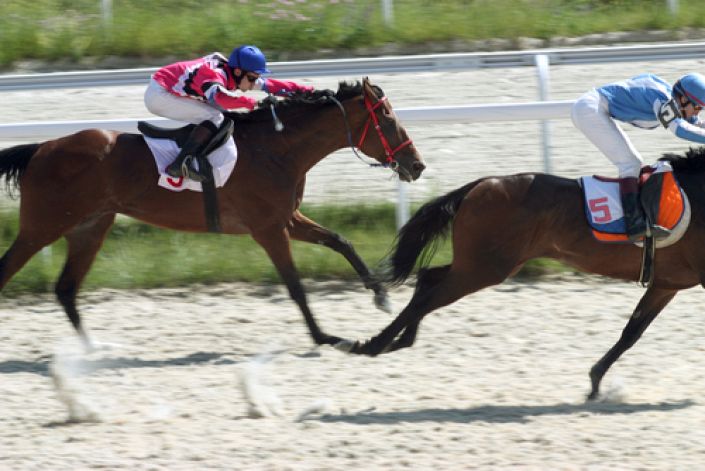 Ran well on her last two starts despite being out of her depth. Fifth at Beverley from out of the handicap and not beaten far by an 80-rated horse in a maiden.

Euro Mac was extremely disappointing during the early part of her career but Neville Bycroft persisted and there have been signs of improvement. In her last three starts she has finished 425 and that represent a huge step-up on what she did before.

Two starts back she finished only 1.75 lengths behind the 80-rated Mujaamil. Although aided by the pedestrian gallop (113.4%) she still clocked the 31st fastest closing sectional from the last 531 runners at Ripon.


Last time out at Beverley she again ran a decent race but under a completely different pace scenario. Tracking an overly strong pace, she covered the first 4.45f in 52.76s, the 16th fastest split at Beverley this season from 298 runners at 7.45f.

That Beverly performance came from 6lbs out of the handicap and finally she races in her correct grade in the 6.50 Newcastle. Her ability to handle an artificial surface is an unknown but Nathan Evans makes the trip over from Redcar for just this ride.

Ran well at 6f and 8f at the track and his blend of speed and stamina marks him out as a useful horse.

Won in a higher grade last season and although inconsistent since then, she is still young and should be improving.

Ran a rapid 21.89s closing sectional last time out and ready to capitalise on a generous looking handicap mark.

Quickened off a strong pace to score last time, not an easy feat. Only up 2lbs and still improving.

A 3-time winner in the grade and shaped nicely at Wolverhampton from an awkward draw.

Ran 22nd fastest closing sectional at Newcastle but unusually he did this by quickening off a solid gallop.