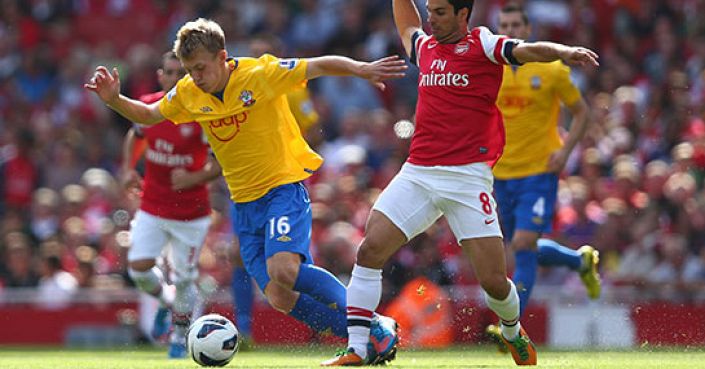 The debate as to whether Ward-Prowse is a better set-piece executioner than Beckham is a fair one, and the 27-year-old has the years left to settle the argument in his favour.

In the late kick-off we have the value to back one of the Premier League’s hottest players. James Ward-Prowse is an eye-catching 20/1 with Bet365 to score first when Southampton entertain Manchester City.

The England midfielder is making headlines for his free-kick prowess, and rightly so, with the latest spectacular effort making it 4 goals in 5 games. But long-range glory isn’t our only hope with the captain also taking any penalties that come Saints’ way.

City may be all-conquering but they haven’t scored in the first half in either of their last two. Another slow start here and we can cash in - but go each-way on JWP to get paid out at 1/3rd odds if he scores later in the match instead.