Wolverhampton: On The Warpath 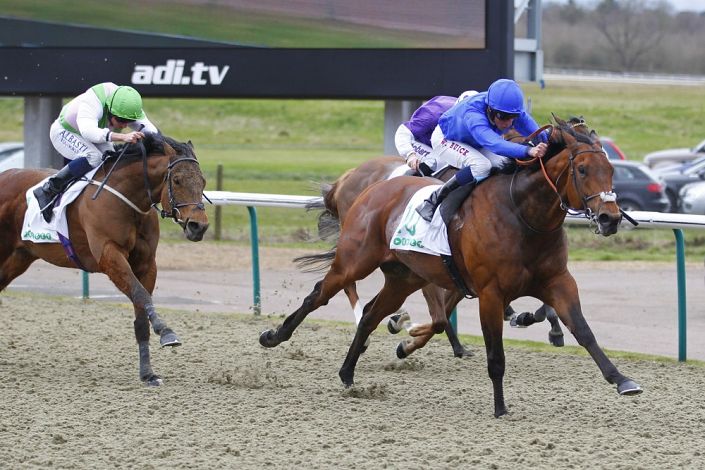 Third in best sprint of all-weather season so far, despite being trapped three wide and racing further back than ideal. Fastest closer in 21.96s and earned big adjusted speed rating.

The 4.05 Wolverhampton is a fascinating contest with the 3-year-old generation bringing plenty of promise with them. Above clocked a huge speed rating at the track as a juvenile and seemed back to form when second in a Listed contest at Windsor. He should run his race but I cannot desert On The Warpath.


The Godolphin horse finished third behind Good Effort at Lingfield, in what was the best all-weather sprint of the winter and he can be counted unlucky. Trapped three-wide for almost the entire race, he was also too far back given the moderate gallop but he showed a good turn of foot to cover the final 2f in 21.96s, the fastest closing sectional.

In defeat he earned an adjusted speed rating of 103 and unexposed at 6f, he looks a sprinter on the up.