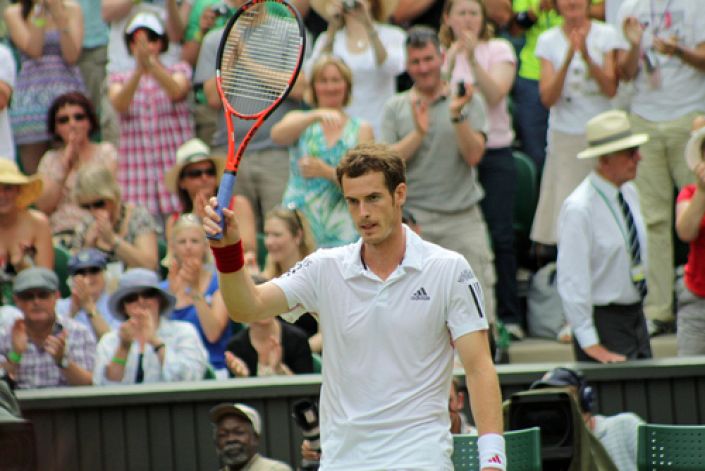 Getting better all the time and there’s only one rung left to climb on the ladder. The man from Dunblane finally made it to the final last time after overcoming Tsonga in four sets before Federer proved too strong in the Championship match. Murray can rightly claim to never fail his expectant home crowd having survived the pressure to reach the final four every year since 2009.

Runner-up to Djokovic in Australia in January, the great British hope has now made the final of the last 3 Grand Slam events he has entered. However, preparations for ‘the big one’ looked to be in tatters when the US Open champion was forced to pull out of the French Open due to a back injury sustained in Rome. But although that put paid to the Scot’s clay court season, Murray stormed back to fitness with victory on grass at Queen’s Club last week.

The albatross was lifted from Murray’s neck when he took his first Grand Slam title at Flushing Meadows last August. But the 26-year-old’s UK fans won’t be satisfied till they see a first Brit win Wimbledon since Fred Perry in 1936. Murray has every chance here, not least because he won the Olympics on Centre Court, right after Wimbledon, last year; Federer was vanquished in straight sets.