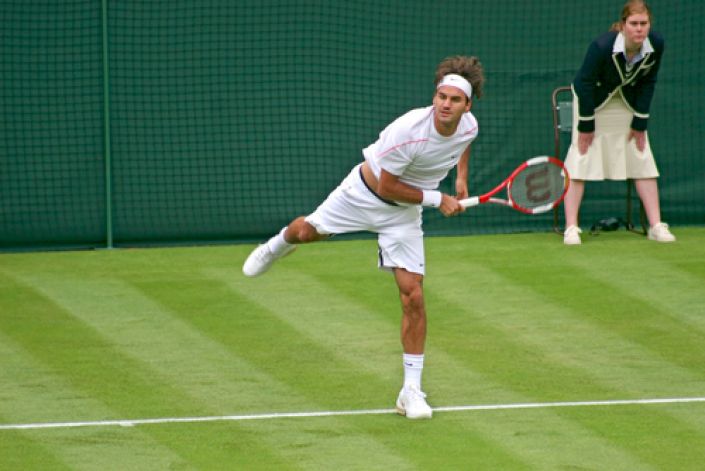 Somehow manages to almost be the forgotten man of the favourites despite coming agonisingly close to claiming an 8th title last year.

Novak Djokovic deserves to be favourite to retain his Wimbledon crown in 2015 but at 7/5 (Sportingbet) there’s more value to be had in picking his likely opponent in the final, who might just triumph anyway.

On form that man could be Andy Murray (11/4 PaddyPower) but the draw could not have made the challenge any harder. The British number one may have to beat Tsonga, Nadal and Federer just to meet the Serb in the Championship decider.

You would fancy Murray to get through those first couple of challenges but the question is, at what cost? I would back Federer to take advantage of his easier route to the semis and oust a battle-worn home favourite to reach a 10th final.

Federer only lost to Djokovic in five gruelling sets in the 2014 final and had a couple of key points gone differently the Swiss would now be reigning champion and nothing like best odds of 7/1 (Williamhill).

The 17-time Slam winner feels his game is in ‘better’ shape this time around if that’s true we should heed the warning signs and take the value. By going each-way we get paid half odds even if Federer finishes runner-up again.

Money back if Federer wins Wimbledon