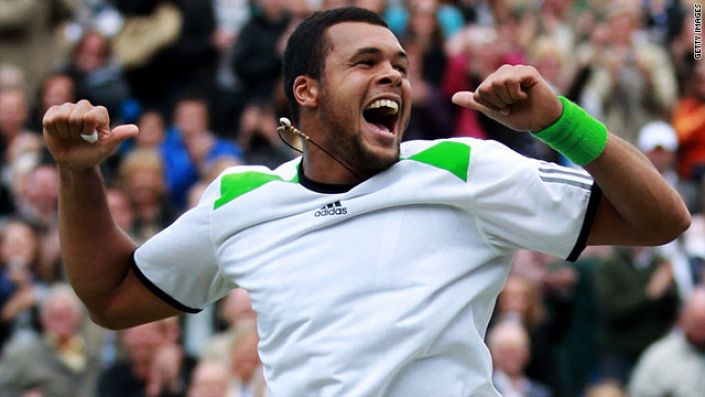 Crowd favourite Tsonga can progress again, but it won't be easy.

Two of Wimbledon’s mightiest servers clash on Court 3 today and we shouldn’t be surprised if it goes the distance.

Service breaks will be at an absolute premium; Iva Karlovic has already fired 95 aces in two matches while Jo-Wilfried Tsonga has 55 so far.

In round two Tsonga won four of nine break points while Karlovic converted four of ten. Again, the statistics make them hard to separate.

The Frenchman is back on form after making the semis in Paris, something he has managed twice before at the All-England Club.