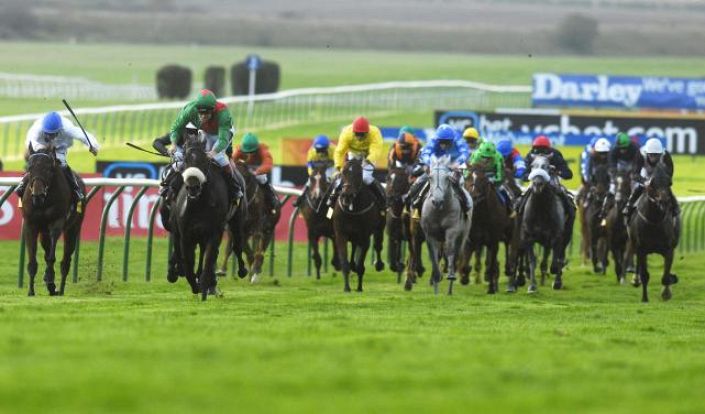 Rarely runs over the minimum trip but second behind Tone The Barone when tackling the minimum distance at Ascot. Has slipped down the handicap but still retains ability.

I’m fascinated to see how Arecibo goes for new connections. He had so many near misses last season he became frustrating but has bags of ability and could win a big handicap. Is this the day on his first run for Robert Cowell - i’m not sure it is.


Thomas Morley runs a few in this race and i’m more taken by Equitation. He faced several of these back in August 2019 on the July course finishing fourth with Han Solo Berger winning, Secretinthepark third and Jack The Truth seventh. Equitation races off a 5lbs lower mark and is best treated for the rematch.

Recent forays on the all-weather have been good, if slightly disappointing because a horse of his ability should be winning more frequently; his last success came in September 2019.

The drop to 5f could make the difference. Ignore his run at Nottingham on soft ground but go back to July and he finished second in a class 2 handicap at Ascot behind Tone The Barone, now rated 100. This isn’t normally a trip Equitation runs over but that Ascot run coupled with his fourth behind Han Solo Berger suggest he is capable at it.