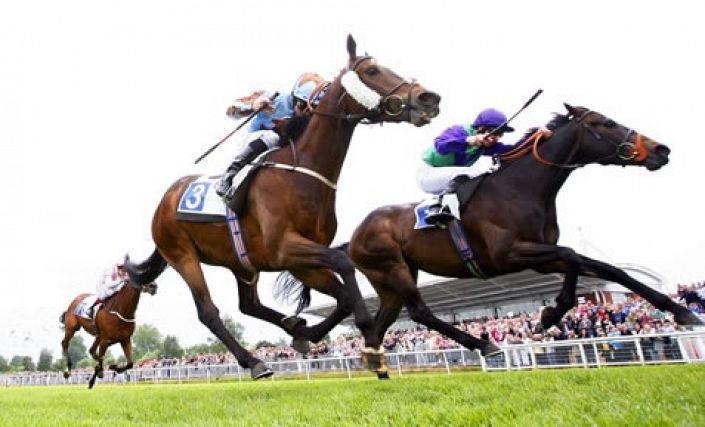 Given lenient mark of 76 considering her maiden win. Involved in a pace-duel but saw out race well and worth more than margin of victory.

After winning a Doncaster maiden by 2.25 lengths, I expected Hereawi to be given an opening handicap mark in the high-80s so imagine my shock to see her racing off 76 in the 3.25 Leicester.

Her victory at Doncaster might not have been visually impressive but that was down to setting an overly strong pace. Her finishing speed was 94.5% of her average race speed so she was getting tired at the end but still ground out a win.


The collateral form is also good. Fellow pace-setter Albert Boy finished 5.6 lengths back in fourth but then easily won his next start by 2.5 lengths.

After the race Richard Kingscote suggested she would get further and she does strike me as a relentless galloper. The step-up to 12f should be in her favourite and we know she handles soft ground.

Won a similar race over course and distance almost a year ago off a 1lbs higher mark. Drops down in trip after failing to stay 10f last time.

Ran fastest closing sectional last time by 0.74s and should be marked higher than the 80-rated horses he finished amongst.

Very slowly away last time but made up significant ground on the leaders despite finishing seventh.

Well-backed on debut but won in spite of an aggressive ride. Sectional adjusted speed rating of 97 could make mockery of a 75 official rating.