Frankel Stands The Test Of Time 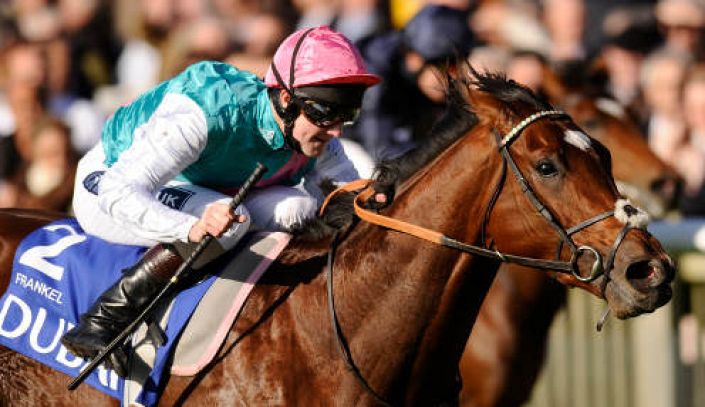 Our racing tipster digs out his speed ratings for an in depth analysis of Frankel’s 2000 Guineas win and comes to an interesting conclusion.

With the racing press still buzzing from Frankel’s performance at Newmarket it would take a brave person to knock his form. However visually impressive his win was, the clock often holds the key to the performance. In a game where conjecture rules, the clock rarely lies.

In terms of raw speed, Frankel’s time was closest to the Racing Post’s standard time and the quickest per furlong on the entire card. No shock there as the 2000 Guineas was the best race on paper. To draw a proper conclusion I have compared it to my own standard times for the Rowley Mile and adjusted for class. It is a simple formula that accounts for the fact that a class one race is better than a class two race, a class two is better than a class three and so on.

Taking this into account I have awarded Frankel a rating of 84. That number does not mean much to anyone. To put it into context these are the performances I have rated amongst the highest over the past four years:

One point is roughly equivalent to a length and those performances below the dotted line I have put in for comparative purposes.

As you can see, I rate Frankel’s performance the best Guineas win in recent memory. The time he clocked is comparable with any of the standout achievements of the last four years. A remarkable feat considering he is at the start of his three-year-old career.

With any type of ratings, the figures need to be taken with a pinch of salt. For starters, Sea The Stars and Goldikova were never the type of horses to win by far, always doing just enough. It is possible they could have run much quicker times in their careers if forced to do so.

Secondly, Frankel ran his race in a start to finish gallop. He had every rival off the bridle after three furlongs and was able to dictate the pace. It might turn out that he had the perfect set of circumstances to produce that blistering time and never get the same combination again.

Henry Cecil is the last person who needs advice on training horses but he is correct to swerve the Derby and stick to a mile for the immediate future. Although he has ruled out the July Cup, a drop back in trip to sprinting would be fascinating.

Having timed the race, I estimate that Frankel covered the first five furlongs of the Guineas in 58.50 seconds. That is 1.20 seconds quicker than Tangerine Trees did in the Palace House stakes over the same distance. On my speed ratings Frankel would have achieved a mark of 87 if he had run in the Palace House, a rating that is good enough to win any Group One sprint.

All the paper talk is whether Frankel will handle a step up on trip. According to my analysis, if he goes anywhere it should be shorter distances. He might turn out to be the best miler of a generation; he could be the best sprinter too.