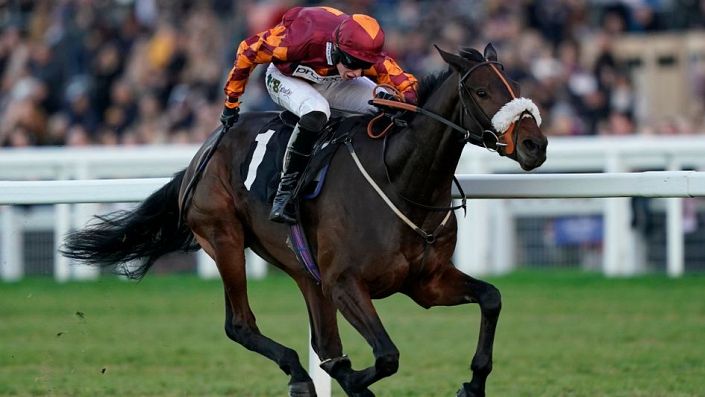 Lightly raced and progressive. Runner-up behind Champ in the Sefton reads well after the former's win this week. Concern that only flop came at Cheltenham but one poor run is forgivable.

It’s going to take a good horse to break Paisley Park’s winning run but Emitom has bags of potential and could spring a minor surprise. He won the Rendlesham in fine style to take his career tally to 6 wins from 8 starts. Admittedly these performances have come at a lower level but he finished second behind Champ in last year’s Sefton Novices’ Hurdle (a Grade 1) and that form reads quite well after Champ’s win in the RSA Chase.


The one negative against his name, was his no-show in the Relkeel Hurdle but he jumped poorly and the trip was probably on the sharp side for him. Let’s hope it’s not an issue with the track but I can forgive one poor run.
1pt Emitom to win 12/1 with Bet365
Place Bet Now
Get Open an account with Bet365