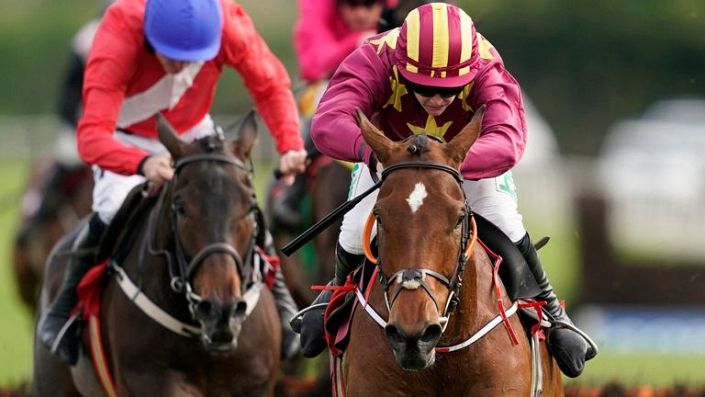 Finished last season with back to back Grade One successes including at Cheltenham in the Albert Bartlett. Record at 3m+ is 12111 and this is the perfect race for him.

Minella Indo looks absolutely made for the RSA Chase and although favourite, his price is holding up and making him an attractive bet. Shock 50/1 winner of the Albert Bartlett twelve months ago, he proved his victory was no fluke by backing it up at Punchestown and securing his second Grade One.


Given his hurdling successes came at 3-miles it was no surprise he was done for speed when runner-up on his chasing debut at Gowran Park over an inadequate 2m4f. The further he went the better he looked and he built on that performance by beating Captain Cj at Navan; who has since gone on to frank the form.

Minella Indo has course form in the book and looks a classy individual the further he goes. This race is made for him.