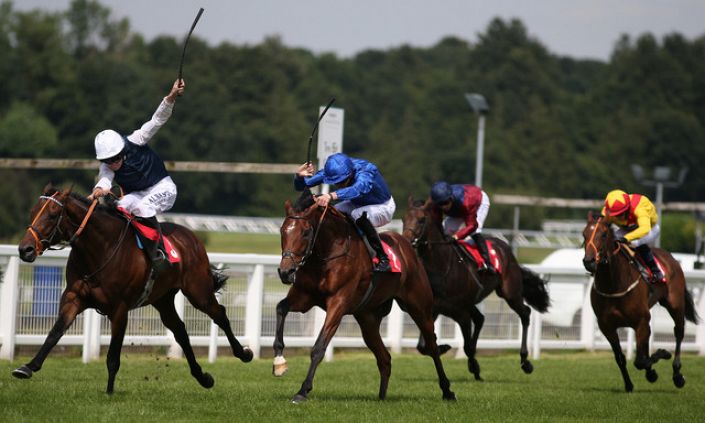 Ante-post backer must have breathed a sigh of relief when St Michel snuck into the Cesarewitch (4.10 Newmarket) and it is now full steam ahead.

Backing the 6/1 favourite in a 36-runner field might seem like lunacy but he’s so well handicapped he’s impossible to ignore. A four-time winner and never outside the first four this season, all he’s done is improve.


Last time out he finished third in the Group 2 Doncaster Cup and the form is rock solid. Runner-up, Quest For More won the Group 1 Prix De Cadran last weekend, whilst the winner has also tasted success at the top level.

St Michel was receiving weight from the front two (rated 113 & 114) but he was only beaten 2.25 lengths and can be rated slightly unlucky. He was forced to come wide down the home straight and ran a faster closing sectional than the winner.

In defeat, he earned an adjusted speed rating of 99 but the way he finished suggests he can be rated closer to Sheikhzayedroad and Quest For More. With potentially more to come St Michel could be a 105-115 horse but runs off a mark of 97.

He will need some luck in-running but I doubt there is anything nearly as well handicapped or so suited to the Cesarewitch.

Open to further improvement and ran a good time for the grade at Chelmsford last time. Louis Steward makes the trip from Doncaster just for this ride.

Doncaster Tips: Oh This Is Us

Record over 7f is 1183 but unlucky last twice. Ran rapid 21.7s sectional at Lingfield but too far back in steadily run race. Hampered badly at Newmarket the time before.

Won his side of the race at Doncaster by 4.75 lengths and much better drawn today. Down to last winning mark.