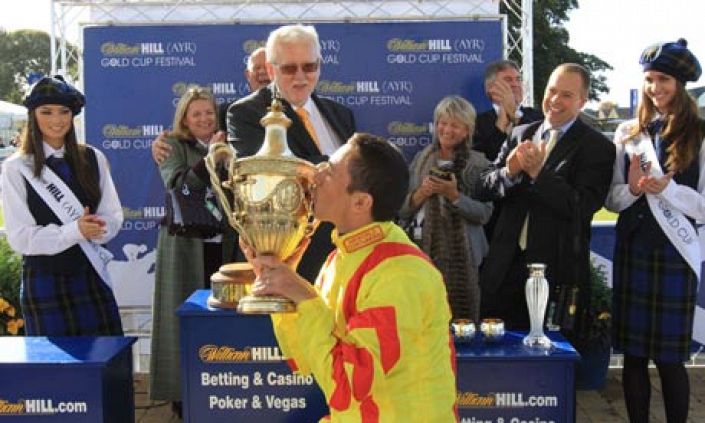 Hasn't been seen for 195-days but a massive improver over the winter on the all-weather clocked a big speed rating on last start. Has some turf form to his name and undervalued by the market.

Wasntexpectingthat is aptly named because he is one of the outsiders for the Silver Cup despite winning last time out. The problem with that win was it came 195-days ago on the Fibresand at Southwell. However, that shouldn’t diminish the manner of his victory. He travelled strongly through the race, a good trait to have in a big field sprint and he won with a sectional adjusted speed rating of 97.


The 4-year-old made little impact on turf last season but over the winter he racked up results of 1121221 and connections rightly admitted he is a much improved horse and not necessarily because of the synthetic track. He has won on turf and finished third in a valuable juvenile contest at Doncaster. He is potentially well drawn in stall 23 and Richard Fahey knows how to win these Ayr sprints.
1pt Wasntexpectingthat to win 28/1 with Bet365
Place Bet Now
Get Open an account with Bet365