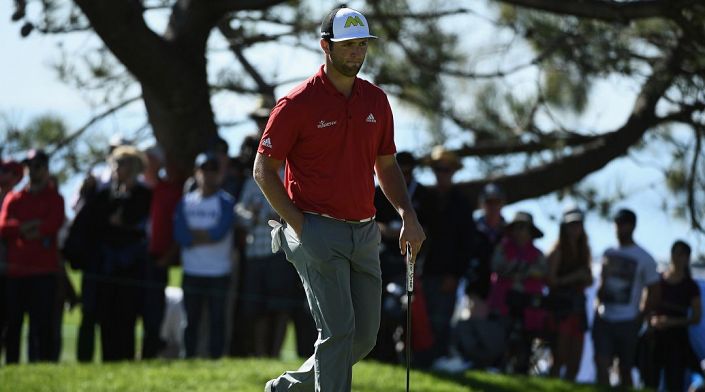 Seventh in total driving and you need to be long and straight to tame Bethpage Black. Overcame similair test to win at Torrey Pines and arrives in great form. Putter behaving this season.

It’s all change with the majors this year with the US PGA Championship second in line and in its new May position. Unlike it’s more illustrious neighbours we don’t have the familiarity of Augusta or a tricked up US Open venue; in that respect it makes a very attractive major from a betting perspective.

Bethpage Black is the host and the venerable course has a reputation for being one of the toughest on the circuit. Lucas Glover won the US Open here in 2009 as did Tiger Woods in 2002 and both only just managed to dip into the red for the tournament. The equation for Bethpage Black is fairly simple, hit it long, hit it straight and hit those greens. En route to victory both Glover and Woods hit over 70% of fairways and GIRs well in excess of the tournament averages (2002: fairways 59%, GIRs 51%. 2009: fairways 64%, GIR 59%). Both players were also longer off the tee, hitting it 15-yards further than the tournament average.


Total driving is therefore going to be a key indicator this week (hit it long and straight) and that leads be to Jon Rahm, ranked seventh in the category. The fiery Spaniard has three top-10s in the last five majors and his prolific strike-rate as a professional (6 wins from 75 starts) suggests he will be winning one of golf’s biggest prizes sooner rather than later.

Last time out he carried Ryan Palmer to a pairs victory in the Zurich Classic and the much improved putting (56th in strokes gained compared to 147th last year) is the difference maker.

Rahm’s breakthrough win came at Torrey Pines another major venue where you need to hit it long and straight and Bethpage Black looks the ideal place to make his major breakthrough with PAddy Power paying 1/5 odds and 10 places.