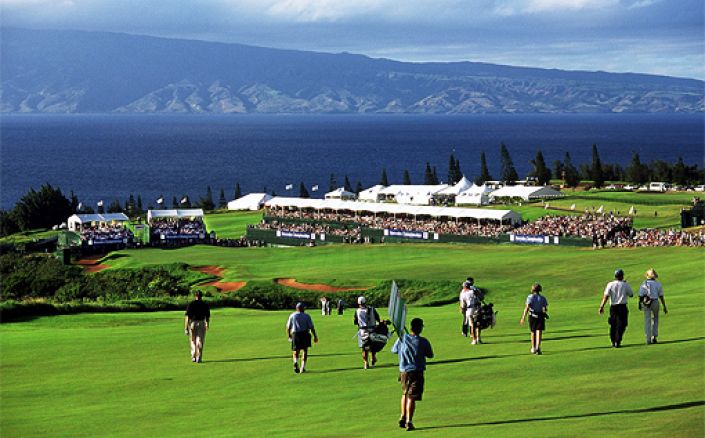 The PGA Tour re-starts in Hawaii with the Tournament of Champions. We look at past winning trends.

The New Year heralds the re-start of the PGA Tour season and the action gets underway in Hawaii on Thursday. The winners-only competition has been held on the Plantation Course at the Kapalua Resort since 1999 and although the line-up is constantly evolving, the course has remained relatively unchanged.

With four par-5s and only three par-3s, Kapalua is the only par-73 event on the tour’s schedule, but it doesn’t favour the long hitter. Even modest hitters can get good yardage off the tee, in 2012 Kapalua had the easiest greens to hit on tour. Putting has therefore proved key, as we examine the trends of the last ten winners.

Top-60 on tour for putting average
In the last ten years statistically the ‘worst’ putter to win the Tournament of Champions was 2013 winner Dustin Johnson but his numbers were exacerbated by a poor second half to 2013 when his putting fell apart. Generally, the best putters come to the fore, Steve Stricker the 2012 champion being a prime example. 12 of the last 14 winners ranked in the top-60 on tour for putting average.

Top-60 on tour for 3-putt avoidance
GIRs might be easy to find at Kapalua, but with greens measuring 8,000-square feet, getting close to the pin can be difficult. In 2012 the tournament had the highest average number of putts per round on tour. GIRs can turn into bogeys with sloppy putting. 9 of the last 10 winners ranked inside the top-60 on tour for 3-putt avoidance.

Winner and runner-up in the last two editions of the Tournament Of Champions.

Fourth visit to Kapalua and room off the tee helps his wayward driving. Has a dynamic short game.

Won the RSM Classic on his last start and currently leads the tour’s all-around ranking.

Finished T9 in 2011 and his one weakness, accuracy, is unlikely to be a factor at Kapalua.