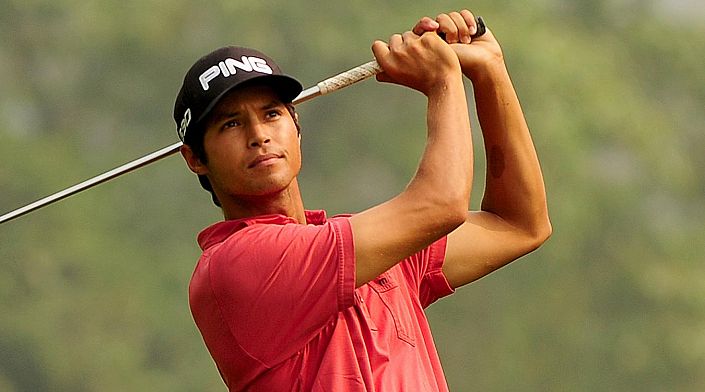 Fourth in strokes gained with approaches at Valderrama and fused with his excellent putting could result in a low score. That is what is needed this week and he has the skills.

I hop across the border from Spain to Portugal but a sea-change when it comes to the challenge on offer. Valderrama proved to be brutally tough but Dom Pedro Victoria Golf Course in Vilamoura is a pushover. Four of the last five renewals have been won in 20-under or better and with negligible rough it’s can be a case of bomb and gauge.


Lucas Bjerregaard usually can’t find a fairway for love nor money but he won here and the same applies to Tom Lewis, albeit to a lesser extent. That is why I like the chances of Johannes Veerman this week. It is his first look at the course but he is another who is longer (31st driving distance) than accurate (77th driving accuracy).

Veerman is a golfer on the rise and having made four of his last five cuts this could be the week he contends.