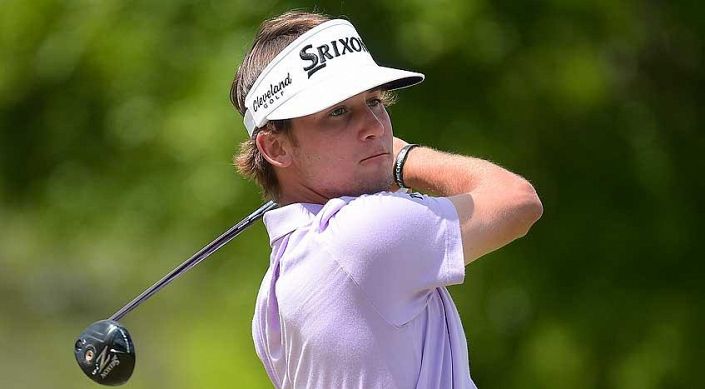 With the new PGA season only a week away we have a window of opportunity to examine the players graduating from the Web.com Tour.

Last season the leading rookies were Justin Thomas, Daniel Berger and Tony Finau and they all had a couple of things in common.

Not only were they in the top-10 for the tour’s all-around ranking but they were also in the top-10 for driving distance. The PGA Tour has some monstrously long courses and to compete week-in week-out you need to be long.

Can be streaky but when he’s good he is very good. Only made 10 cuts this season (50%) but turned five of those into top-5 finishes.

Streaked away to win the United Leasing Championship in May, especially pleasing as we tipped him at 66/1.

Long off the tee (6th in driving distance) and an excellent putter (5th in putting average) he should thrive on the PGA Tour.

Kizzire was the leading player on the Web.com Tour this season. He topped the regular season money list, won twice and bagged 12 top-10 finishes from 23 starts.

A bit like Jordan Spieth, he was brilliant but you were never sure why.

He is long enough (41st driving distance) but not particularly accurate (81st driving accuracy) however he knows how to score. He led the tour in putting average, birdie average and scoring average.

A late developer at 29, he’s sure to make his presence felt, especially in tournaments that turn into a shoot-out

Having won the Haskins Award in 2013 – honouring the year’s outstanding collegiate golfer - it was always a case of when not if Michael Kim made it to the top.

The 2014 season was an acclimatising year and he put that experience to good use during the current campaign.

Although a maiden win proved elusive he made 19 cuts and registered five top-10s.

The 22-year-old finished the year as the number one all-around ranked player, following in Justin Thomas’s footsteps, as he did when collecting the Haskins Award.

There is no obvious weakness to his game, he is long enough, hits quality irons and can putt.

Like Thomas, he can make a fast start to the season with the likes of the Sanderson Championship and Sony Open both likely to suit. With Memorial to look forward to later in the season having played it in 2014.