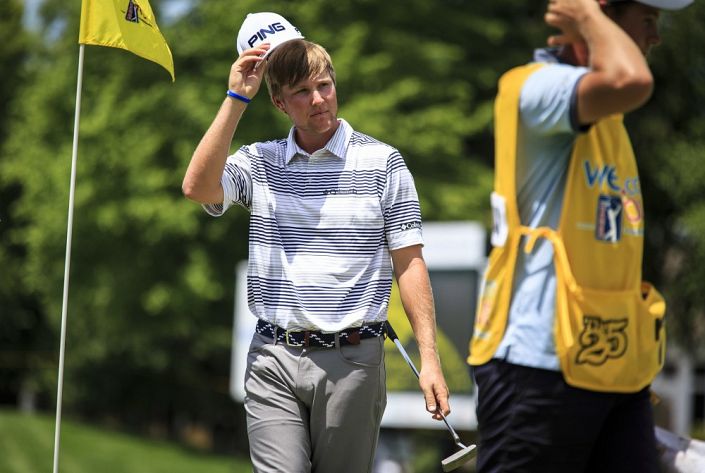 Superb in breakthrough win at the Barbasol; which was largely gained with brilliant approach play. Has the power to do a 'John Daly' at St. Andrews and this is a free-hit for him.

There wasn’t a dry tear in the house as Trey Mullinax finally made his breakthrough at the weekend. After all the BettingBias hype he finally delivered and in style; Kevin Streelman pushed him hard and he delivered when it mattered.

There was plenty to like about Mullinax’s performance but I particularly enjoyed his control of ball flight, he’s developed a 3-wood stinger off the tee and he often flattened out the trajectory of his approaches. He ranked first in approaches to the green and first tee-to-green so it wasn’t a random hot putter that got him the win.

The tempo of his irons was Justin Thomas-like and I thinks he’s got the game for a major. He finished T9 on debut at the US Open and he’s reminiscent of past St. Andrews winner John Daly. He’s free-rolling this week and at 300/1 with William Hill paying 12 places he is worth the risk.