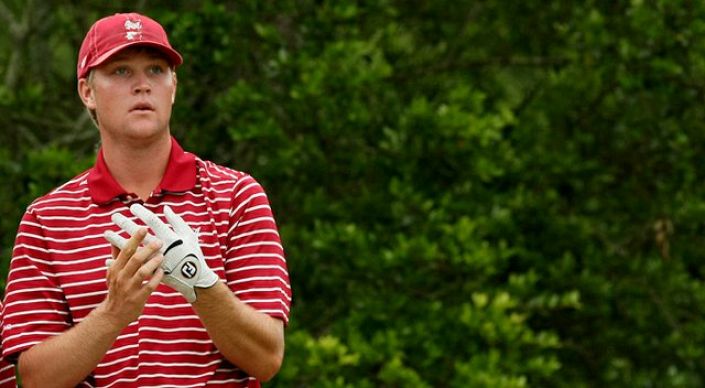 Very much in the same mould as Smylie Kaufman who finished T10 at Silverado on debut last year. Huge talent who can go even further.

I’m not entirely convinced Silverado is the right track for Trey Mullinax but in its third year on tour it’s difficult to ascertain what type of player is needed for the season opener.

Emiliano Grillo won in 2015 with a ball-striking exhibition and triumphed despite losing strokes to the field on the greens. San Moon Bae did the opposite in 2014 and going further down the leaderboard just muddies the waters further.


In our ‘RookiesTo Watch 2016/17’ article we highlighted Mullinax as Smylie Kaufman 2.0 and it’s therefore worth revisiting Kaufman’s season. He finished T10 on debut at Silverado last year (tournament was called the Frys.com Open) before going onto win the Shirners the following week.

I’ve earmarked Mullinax for TPC Summerlin but there is a danger he shows his hand early. There is evidence to suggest he is already ahead of Kaufman in his development, he finished T25 at the RSM Classic and there is no point in holding fire.

This is probably the first of many Mullinax tips this season, so let’s hope he wins early. At 300/1 (Stan James) he is impossible to ignore with 1/6 odds for a top-8 finish.