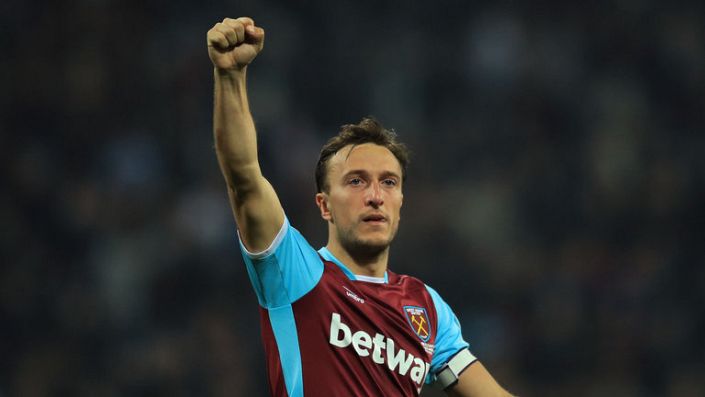 Mark Noble is likely to deputise for Declan Rice today and Mr West Ham is on the cusp off ending a fine career on a real high.

It’s a potentially pivotal day in the battle for Champions League spots as 6th host 3rd before 7th entertain 2nd. We’re backing West Ham and Manchester Utd to win the bragging rights in those, along with Arsenal, in a 12.92/1 acca with BetFair.

It should be a keenly fought match at Upton Park, with both teams missing key personnel. But the Hammers showed they could cope without Declan Rice in victory last time out and aren’t struggling for goals even when Antonio is absent. The Foxes might just suffer minus Soyuncu, Barnes and James slightly more; it’s tight but if feels like Moyes’ boys chasing the top four has more electricity than Leicester hanging on like last season.

It’s absolutely mad that Spurs won the reverse fixture 6-1 at Old Trafford. From December onwards, Mourinho’s men have lost 8 league games while United have suffered just one reverse since the start of November. It’s that consistency that puts the visitors a cut above, along with Jose’s defence looking hugely exposed.

Poor old Sheffield Utd looked a spent force before Chris Wilder left, but they may now even be out of their depth. You have to back a considered ‘big six’ team against one with just 14pts from 30 games. That’s even allowing for Arsenal’s maddening habit to kill their own momentum. The Gunners have responded well to setbacks since Christmas though, and generally beat the strugglers.