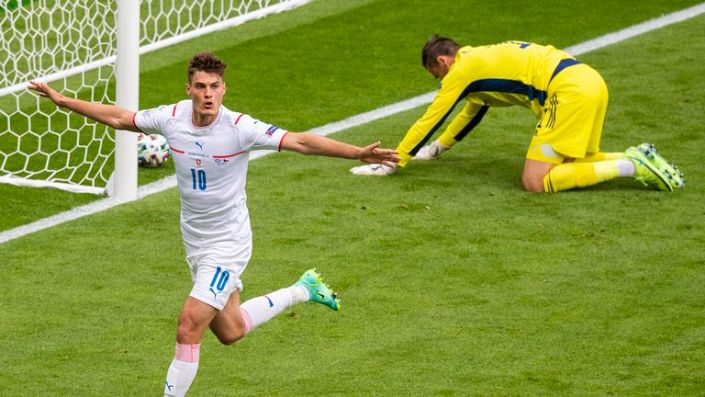 The scourge of the Tartan Army at Hampden, this 25-year-old could emerge as a star from the Euros.

Group D is fascinatingly poised because we don’t really know how strong the four sides are yet. We’ll have a better idea by 10pm this evening. Croatia are favourites in the 5pm kick-off, but I like the look of Patrik Schik to score anytime at best odds of 13/5 with PaddyPower.


The Czech Repubic star leapt to prominence for many as recently as Monday afternoon. Scoring a goal from close to halfway in a major tournament will do that for a player!

His clinical header to put his side 1-0 up was almost as impressive, in its more conventional way, and there could be more to come.

The Bayer Leverkusen man had 6 shots against Scotland so he was a perpetual threat. The Croats were mediocre against England and will have their hands full against the 6ft 2in striker.