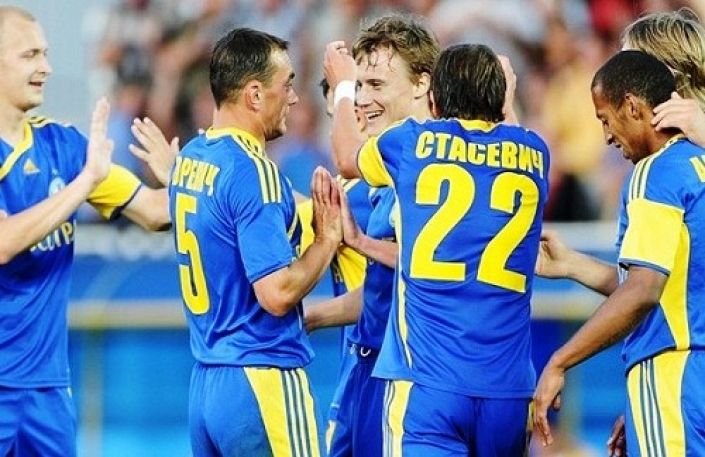 The Belarusians are hugely under-rated by the bookies despite standout results so far.

Top of their group with two wins from two, I was going to take BATE Borisov to qualify for the knockout phases at a best price of 7/4 with Bet365. However, an even better bet is simply to take them to win at home to Valencia tonight, given the 3/1 available with BetVictor.

Those odds are a total denial of everything we have seen so far in Group F. BATE have made a nonsense of the established order with a 3-1 victory in Lille followed by a sensational triumph over Bayern Munich by the same scoreline. Only an injury time consolation strike from Franck Ribery put any air of respectability on the result for the Germans.

The Belarusians are dismissed simply because of their lack of pedigree but that doesn’t really affect their short-term prospects. Valencia were beaten by Bayern before securing an unconvincing 2-0 win at home to Lille. The Spaniards have only mustered five attempts on goal so far in the Champions League - the lowest in the competition.

If you forget the names and histories of the clubs involved, the hosts would be strong favourites and not significant outsiders. The fixture throws up the standout value of the night in Europe.

Time To Be A Gent

The Belgians are underestimated despite a recent win over Valencia and having always competed in Group H.

Open a new account with Paddy Power, place your first bet as a double on Valencia & Napoli both to win and get enhanced odds of 13/1.

Putting Valencia On The Map

Ecuador's World Cup star scored a stunner against Hull and will test the dubious United back line.

With 7 goals in his first 12 appearances for his country, this Pachuca striker is making a name for himself on the biggest stage of all.

Valencia overturned a 3-0 deficit in the quarter-finals so may fancy their chances at 2-0 down here.

Valencia have a 20-year-old causing a stir in the Europa League with 7 goals from 10 appearances.